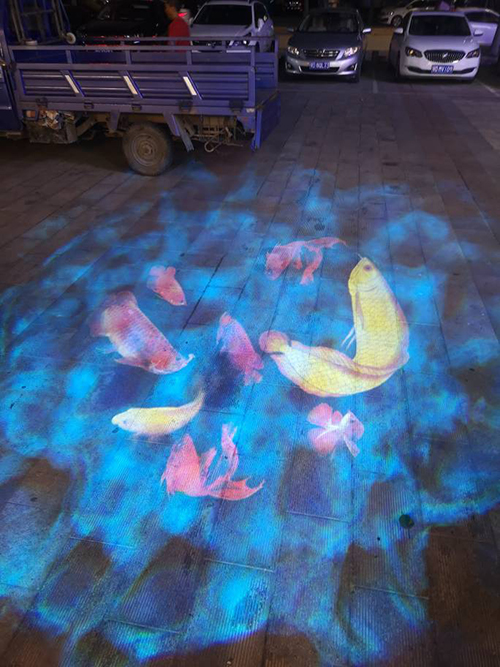 Advertising projectors also apply to beautiful areas indoors and project some design patterns suited for the store designing styles, such as hotel lobby, reception room, western restaurant, cafe, cinema and other areas. And it can apply to the Children's amusement park to catch the children’s attention through projecting some cartoon illustrations. And it could project some warm pattern designs in the children’s bedroom to reduce afraid of the dark environment. It also projects the activities under the families’ activities or company team building, improves stores' atmosphere and increases the consumption.

Advertising projector projects some flowers pattern to contribute yourself efforts to brighten the stores’ ground. Advertising projector can project water waves, flowers, kinds of trees and some cartoon illustrations. And it also shows the physical decoration design for the tourism and government. And it can project some poems in the exhibition, painting gardens to increase the artistic atmosphere.

3.The combination of water waves and swimming fish and lotus enhance the atmosphere of the shop.

The characteristics and usage scenarios of different projectors What scenes can use the advertising projector?