1. Because the advertising projector belongs to lighting imaging, a carrier must receive the projected patterns to an image. For example, if some customers want to project it in the sky, it will not affect, as an old-fashioned flashlight used. It will have a white aperture when facing the wall, but facing the sky has no effects. The advertising projectors have the same principle. 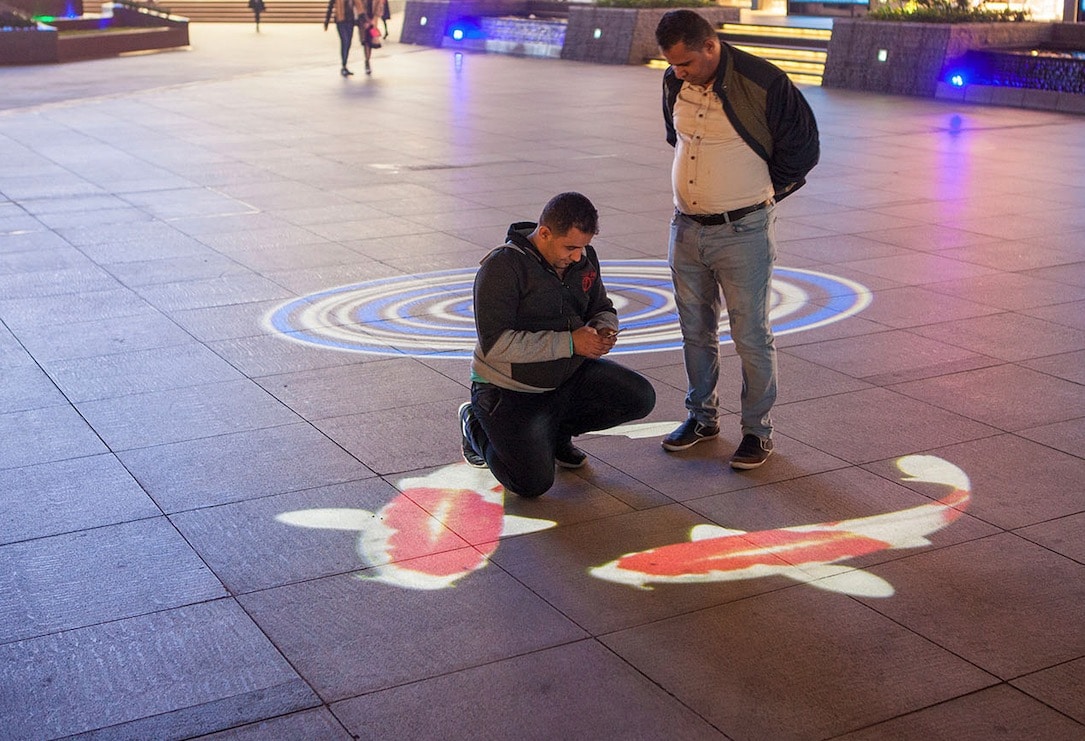 2. Noparde advertising projector has a higher requirement for the projection background. The flatness of the background is more important. It is not recommended to project uneven places such as trees, rolling shutters, curtains, stairs, etc. It will have a certain impact on the projected patterns or text. The patterns, numbers and text may be staggered according to the unevenness of the background, which will affect the effect. 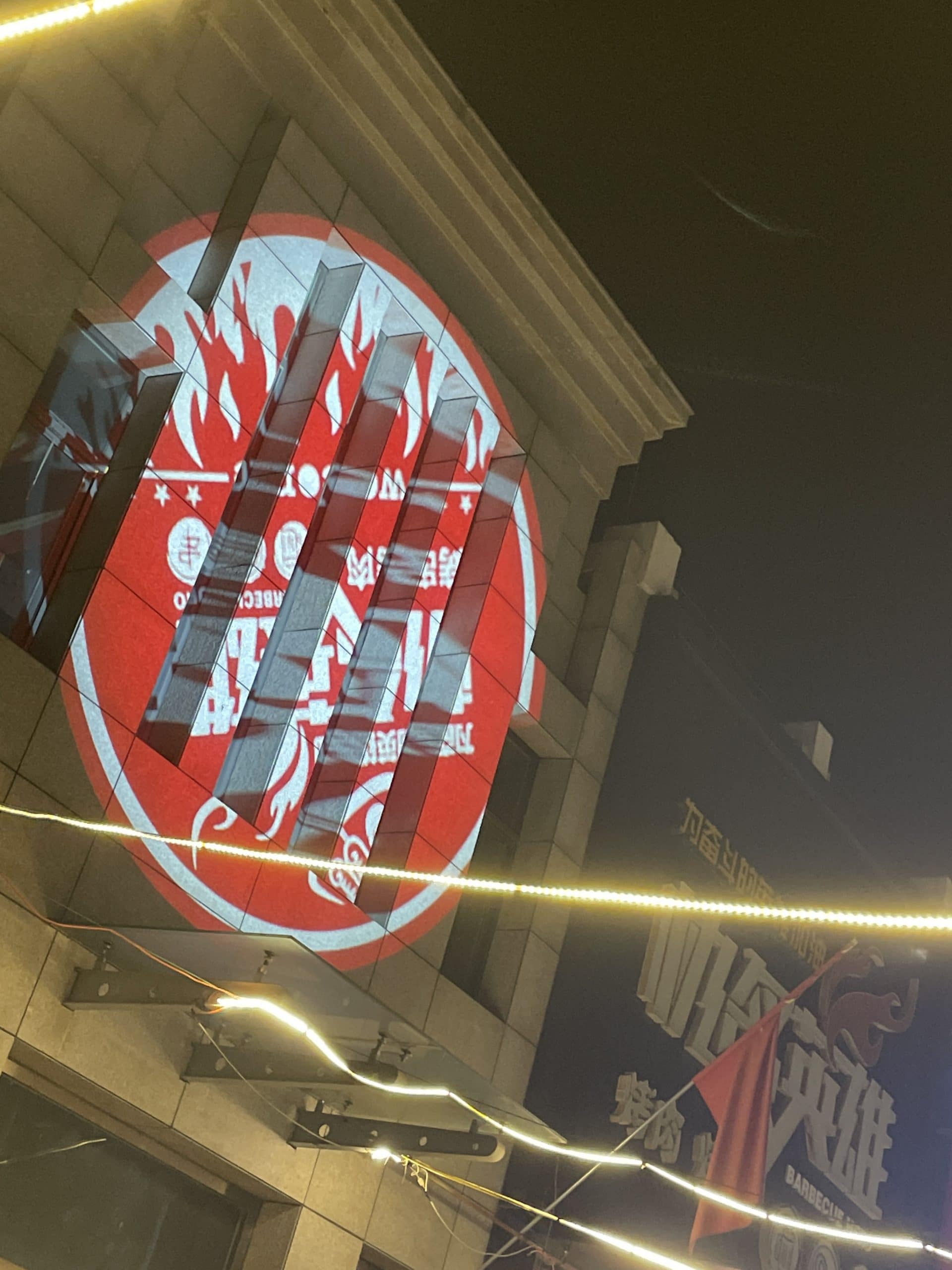 The case of distant projection will be better. The long-distance the projection, the patterns or text, the area covered by the patterns or text will also become larger. The effect will be affected for the special projection location, such as the transparent glass and the water, etc. Light will show through the transparent 、the frosted or tinted glass will be better, the color of the projected patterns on the water will be slightly lighter. 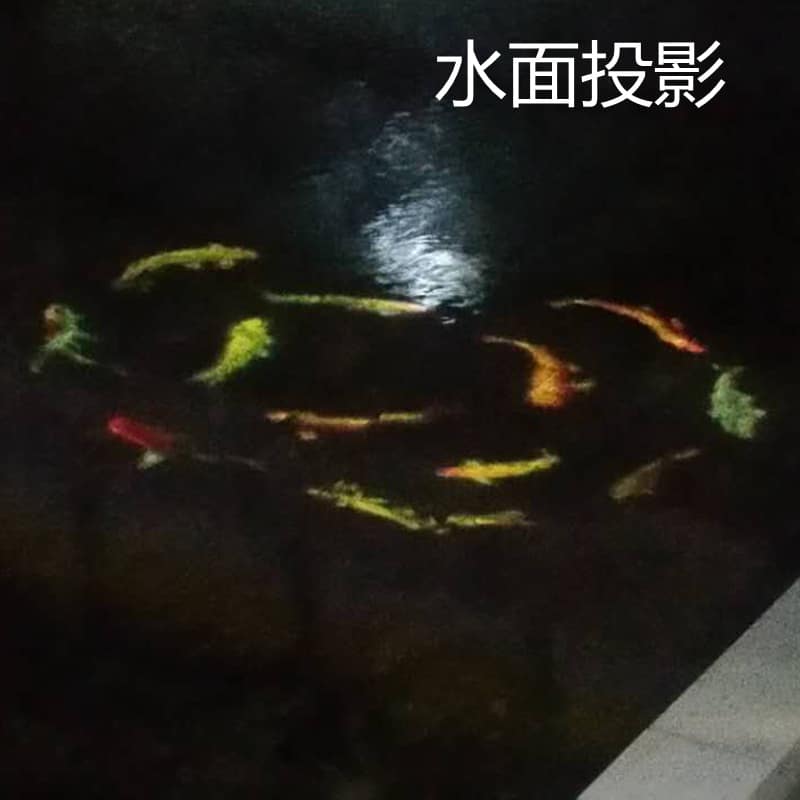 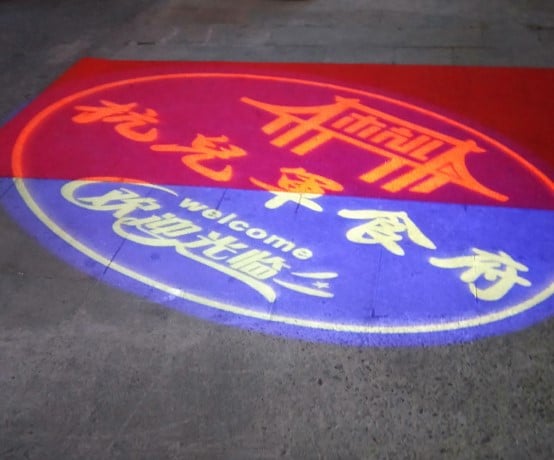 The angle of projection will also have a greater impact on the pattern effect. Take the old-fashioned flashlight as an example. The aperture is a perfect circle when projecting on the wall, and the aperture will become an ellipse when projecting obliquely. Like the Noparde projector, when the projection angle is too large, the circular pattern will become an ellipse, the square pattern will become a trapezoid, and the text in the pattern will also be elongated have a certain impact on the projection effect. Therefore, when installing, it’s recommended to adjust the angle and position of the projector, and it usually adjusts within 30 degrees. 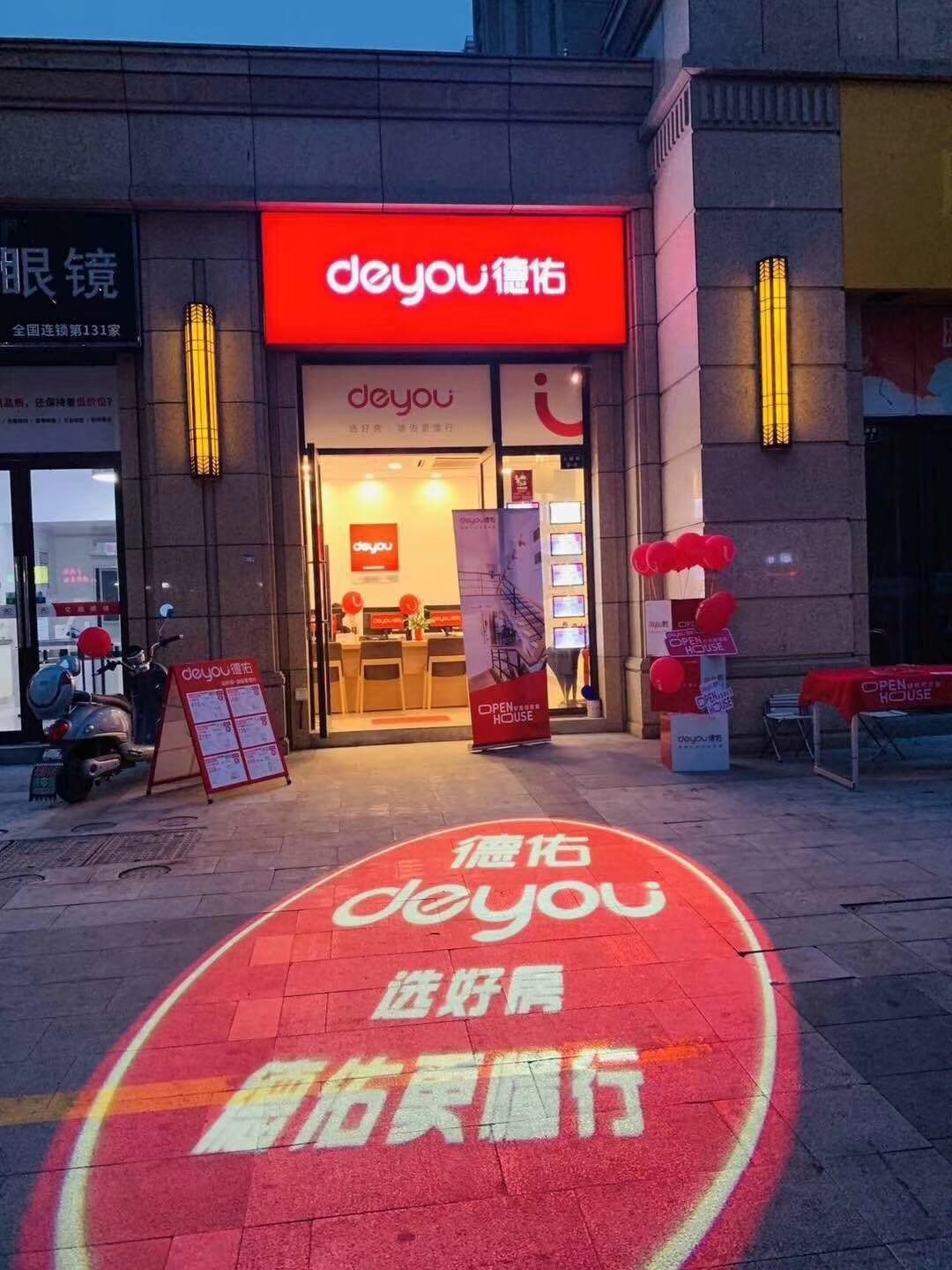 The above are the problems of installing advertising projectors. Have you learned it?

How much is a projector How to correct the angle of the projector?