Factors that affect the brightness of Advertising projector pattern

1.The power of advertising, the larger the power, the greater the brightness. 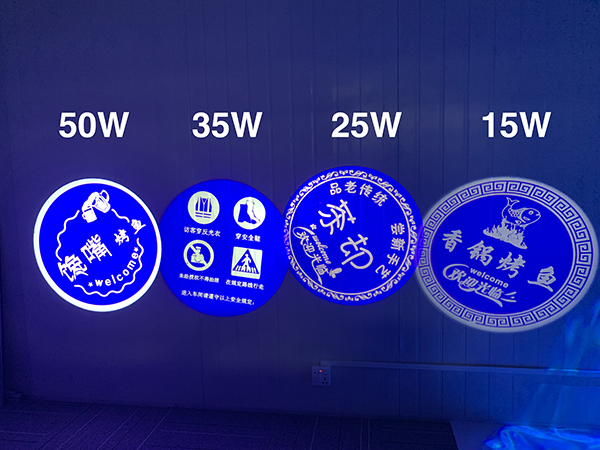 The Noparde projector does the best to improve the brightness of the advertising projector:

Generally, the projector of 500 watts is not obvious. That’s because the light-emitting surface of low-power projection lamps is relatively small, and it’s near the ideal light source. But the projector of the high power is very obvious. The main reason is that the higher the power, the larger the light-emitting surface of the lamp beads, which is no longer an ideal point light source. It leads to prominent chromatic aberration and aberration problems. Many manufacturers have not adopted achromatic lens groups due to cost and technical reasons. Therefore,  if you want to buy quality-assured advertising projector, you can contact Nopard projection lamps directly.